More than revitalization, it is about revitalizing the territory. There were and are administrative and warehouse areas in the locality, terraced garages with the character of buildings characteristic of the peripheral part of the capital.

In the planned multifunctional complex Zátišie in Bratislava's New Town, the developer Atrios real estate wants to build an administrative tower on the corner of Vajnorská and the future extension of Tomášikova Street as the dominant object in the first stage. It is followed by a smaller administrative building and the area from the railway will be closed by the hotel building.

"The project will be completed later by another project. We call it the second stage and we have outlined its basic concept in the past. These will be two buildings that follow the shape of the planned square. Urbanism works as a whole, "Matej Jelínek, a partner at Atrios real estate, told ASB. 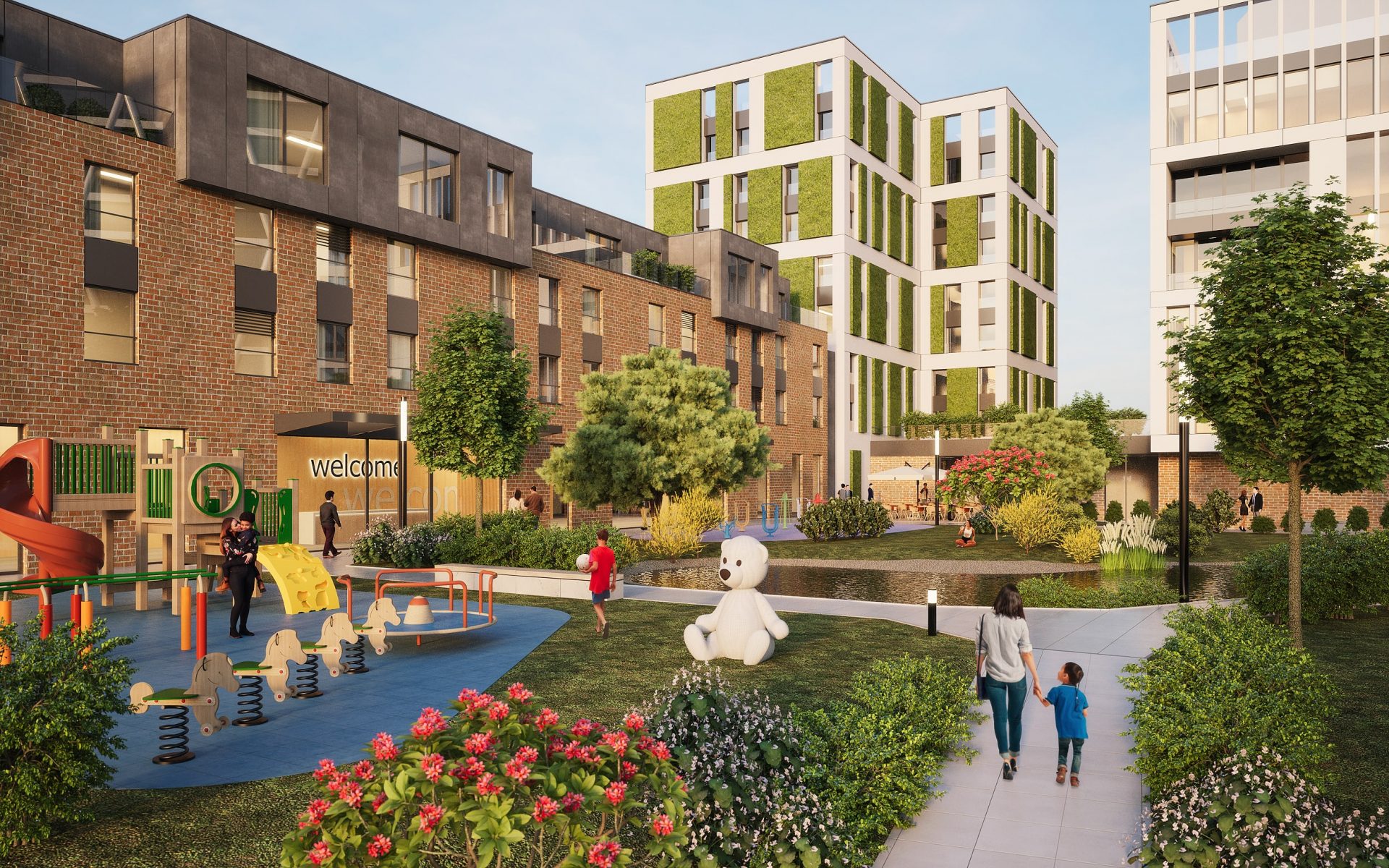 The main architect of the project is Pavol Čechvala from the a3architekti studio, which has in its portfolio, for example, the administrative part of the Bory project, a shopping center in Poprad, apartment projects in Bratislava and others.

He said on the official website of the project that he wants to create a pleasant place to work and live, as well as representative hotel spaces. The goal is to give people their small center, the local town square.

They are working on a building permit

The developer informed that he has a valid zoning decision for the multifunctional project, is working on documentation for a building permit and at the same time asked the Bratislava City Council for a binding opinion on the location of apartments within the project in terms of the city's zoning plan.

The zoning decision is issued for approximately 15,000 m2 of leasable office space and a hotel with 190 rooms. It plans to build in early 2023 and complete it in 2025.

In connection with the premises in Zátiší Jelínek stated that neither of them is in good condition. As part of natural development, new construction is required here, which will complement the structure and needs of the city and its inhabitants in accordance with current social and economic requirements.

Even in terms of the city's zoning plan, this functional area is intended for development, so the city and experts have seen the need to transform the area in the past.

Demolition work in Bratislava's Zátiší did not begin. When the developer took over the complex from the original owner at the end of last year, there were about 20 tenants who have their business, office or warehouse space there.

"We have decided that as long as possible, we will allow them to continue in the premises to which they are accustomed, thus giving them extra time to solve new premises," the developer's representative described the situation at the site. currently estimated construction costs amount to approximately € 40 million excluding VAT. However, it is excluding other costs of services, land, financing and, in particular, forced investment, which make up a significant part of the total investment.

Flats after the change of the zoning plan

The buildings in the new Zátiší are a mass-spatial continuation of the block of flats, which is typical for the Nové Mesto district from the Trnava toll to the People's Quarter. The developer did not want to create a completely closed block, although the shape of the plot and its size allowed it.

"Currently, the complex is designed as an administrative with the function of a hotel, but since we perceive a lack of apartments and interest in housing in this area, we are ready to adjust the project in the event of a successful change in the zoning plan," Jelínek advised.

The future hotel was prepared and approved for a specific end investor with an international hotel network operator. The choice of operator may not be definitive in the light of the changing market situation. It is still affected by the pandemic and it is assumed that these will also be events that are currently taking place outside Ukraine.

Atrios real estate wants to bring well-accessible public spaces to this part of the capital, especially the smaller square, where the visitor has a coffee or lunch on the terrace and will feel like he is in the city center and at the same time just walk down the street or two from the house. .

Courtyard with trees and greenery

In the courtyard, which is bordered by the hotel building and later the second stage, there is an area of ​​approximately 2,500 m2. Although it is in underground garages, it consists mainly of an area with a substrate, where it is possible to plant trees, shrubs or rain gardens with a diverse species composition. The developer plans to use rainwater for watering.