Thanks to almost complete collision with other traffic, the new line will complement the most environmentally friendly high-capacity public transport system. "We have long declared that we want to help the city financially, in terms of personnel and coordination of all our projects with the new tram line. The memorandum is a formal confirmation of this cooperation, "said developer spokesman Daniel Suchý.

JTRE's financial exposure amounts to EUR 1 million for pre-project preparation and project documentation and EUR 7.9 million excluding VAT or EUR 10 million including VAT (depending on the effects of current legislation) as a contribution to cover additional costs associated with track preparation and implementation.

In addition, once the construction is completed, the project companies will transfer the land under the future track to the city free of charge. JTRE will also gradually pay the city and city districts a development fee of EUR 14 million for projects in this area, and in addition to this amount, it is still investing in the reconstruction of intersections and other transport infrastructure in the area. "We believe that the revenue from the development fee is also largely invested in the development of the area where it originated," Suchý stated.

The new tram route along Pribinova Street was approved by the city council in October 2021, through amendments to the zoning plan. "Since 2020, the city has publicly communicated JTRE's intention to financially contribute 10 million euros to the construction of a new tram line through the Chalupkova - Pribinova zone. By signing the memorandum of cooperation, this commitment has now been formalized, "said Dagmar Schmucková, a spokeswoman for the city.

She added that JTRE will contribute EUR 1 million for pre-project preparation and project documentation and EUR 7.9 million excluding VAT or EUR 10 million including VAT (depending on the effects of current legislation) to cover additional costs associated with the preparation and implementation of the line. "Investors bring new inhabitants and visitors to this area, which puts pressure on quality transport services. The city therefore considers it right when investors are prepared, in addition to legal obligations, to contribute from their own resources to the construction of public transport infrastructure in the area in which they carry out their construction, "she said.

The portal reminded that in 2017 the developer presented the intention to build the line and declared a significant contribution to the implementation of this line. In 2019, after preparing a comparative study of possible tram lines in these zones, the City Hall concluded that the most similar option would be the one proposed by JTRE. The capital subsequently ensured the incorporation of the proposed route into the city's zoning plan (approved in October 2021).

In 2019, the city estimated the cost of building the Pribinova - Košická line at around 40 million euros. JTRE should transfer ownership of the land needed for the implementation and use of the construction in favor of Bratislava. 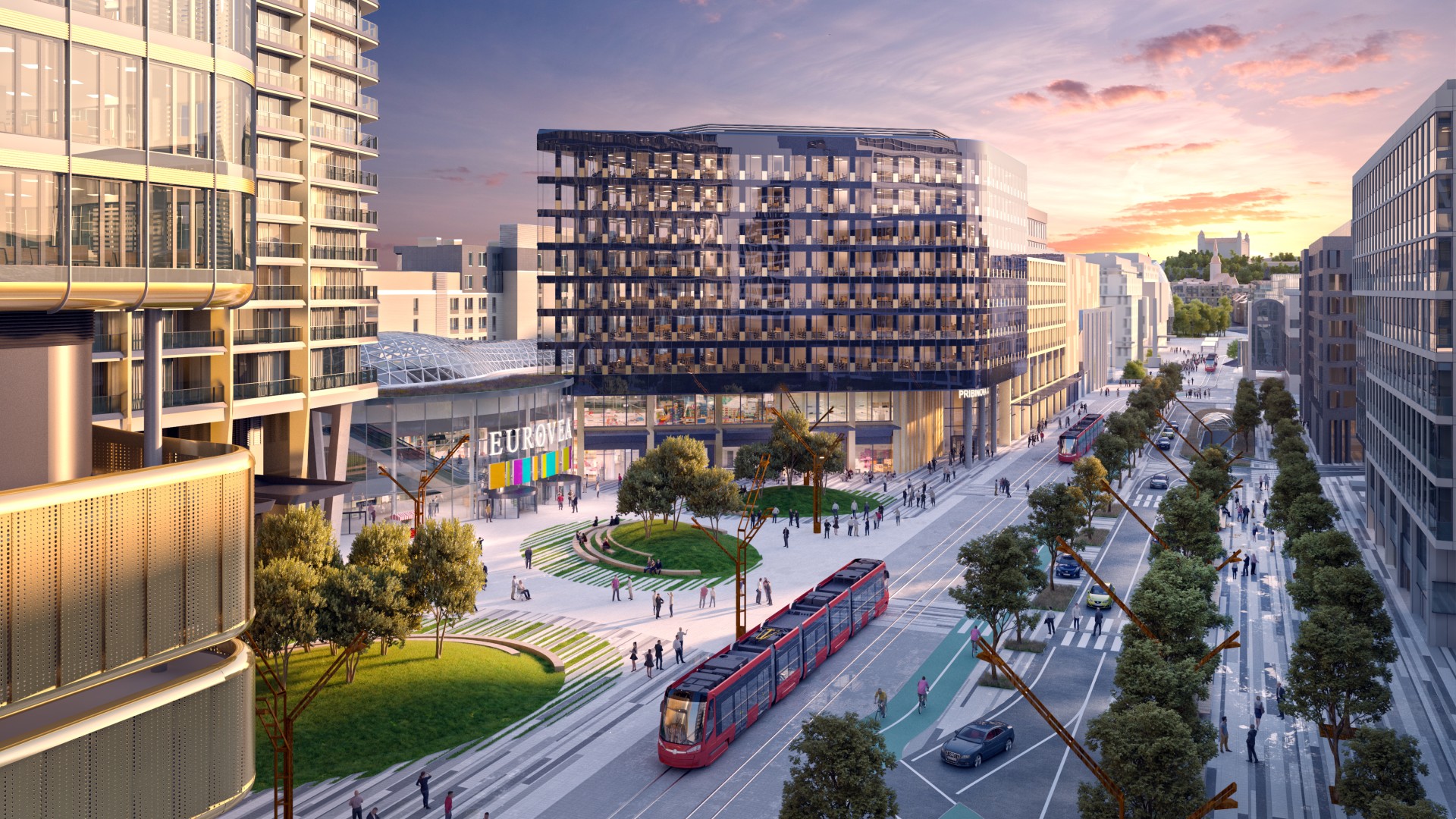 The charge is to go to the transport infrastructure

According to the portal, the city of Bratislava should have undertaken to issue a positive opinion on the construction, to provide land owned by the city, resp. ensure the rights to other lands and ensure the cooperation of the affected departments and institutions of the city.

JTRE and the capital should set up a working group to prepare a traffic-urban study of the tram line to the Vrakuňa and Podunajské Biskupice districts, which will be based on the line on Košická street.