The expansion of the Lakeside Park 02 office project began to grow at a relatively unfortunate time, when the pandemic of the coronavirus COVID-19 was already in full swing and the office projects got into a difficult situation. Nevertheless, the developer Immocap and the owner of the Wood & Company building are successfully progressing with the construction and announcing that they are also successful in renting the premises.

Lakeside Park 02 is being built southeast of the first stage, from whose architecture it was clear that it was ready for expansion. The new building will be 12 floors lower and will provide 14,370 m2 of office space. The developers remind that one office floor will have an area of ​​approximately 1,200 m2. On the ground floor, retail is planned, which will take the form of a continuation of the passage, which is already located in the first part of the project. There will be 314 parking spaces in the underground. The development will also bring an expansion of the landscaped area in front of the building. The authors of the project are Architects Bobek Jávorka.

Investors claim that they reacted to the arrival of the pandemic, which was a sign of the new technologies that will be part of the building. "The safety and comfort of our tenants are paramount for us, so we really don't underestimate anything," says Martin Marko, Sales Director of Immocap. "We are aware that one of the sensitively perceived elements in office space is air conditioning, which potentially risks the virus spreading throughout the building ... One of the main technological elements in Lakeside Park 02 is to ensure the supply of 100% clean air through the board. recovery ’.

Another improvement is to ensure sufficient oxygen in the building. "It's important to us that people at Lakeside Park 02 feel safe and comfortable, so windows and conference rooms equipped with CO2 sensors are standard," adds Radovan Sukup, Wood & Company's asset manager. Other conveniences include humidifiers with disinfection in the form of silver particles, contactless control of elevators or separate cooling of server rooms.

According to the developers, these investments have already borne fruit. A few weeks ago, the relocation of a large tenant to the building, which is Plzeňský Prazdroj Slovensko, was confirmed. "The new Lakeside Park 02 project appealed to us mainly due to the efficiency of the premises, with regard to the efficiency of operating costs. In addition to taking our spatial requirements into account, the landlord also offered us above-standard solutions in connection with measures related to the coronary crisis,” said Ondřej Kellner, Service & Facility Manager, Plzeňský Prazdroj Slovakia. On this basis, investors recall that adjusting projects based on the current situation makes sense. Lakeside Park 02 will change the panorama of the Kuchajda area. Source: Immocap

The completion of the next stage of Lakeside Park will be the latest step in the development of an office zone in this part of the New Town. In addition to the first stage of the project, it can also include a pair of Polus Towers or the upcoming project of the Zátišie Polyfunctional Complex from the developer Atrios. It will include a 64-meter high tower, basically opposite the first Lakeside tower, which will be another significant entrance to the panorama. After the downhill, the surroundings of Einstein or Westende could be the most important office zone in Bratislava.

However, the location also asks for new housing. The project from Atrios counts on residences in the second stage and gradually begins to revive the very attractive Semiramis complex, but otherwise, the more specific intentions for the development of residential function in the area are not very well known. However, several large residential projects are already being quietly being prepared. These should be established in hitherto undeveloped, production or sports areas, which are located in this part of the city on a relatively large scale. 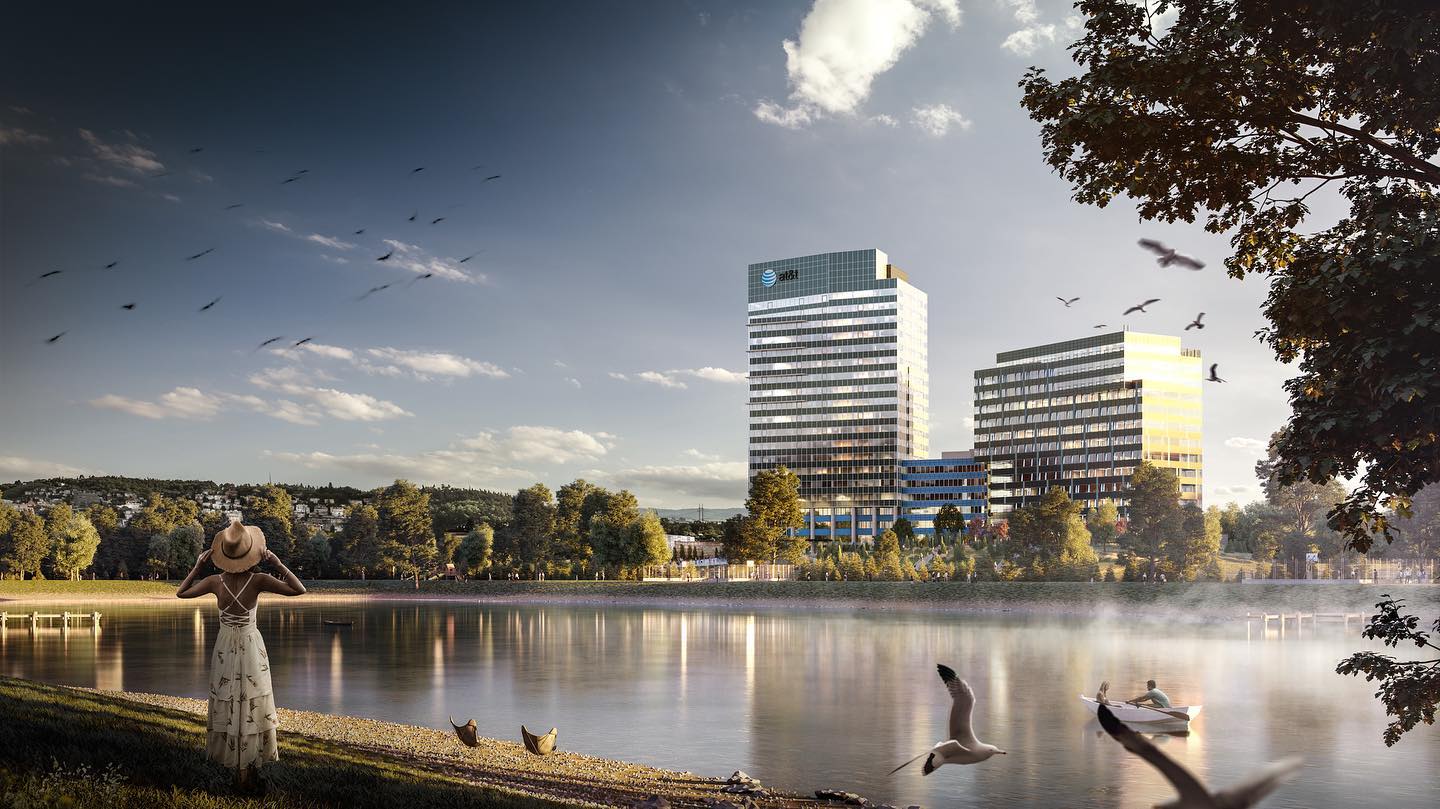 The biggest project will be the transformation of sports grounds in Pasienky, where a compact multifunctional district could be created, combining housing and the availability of sports. It is probable that the stadium, where the football club Inter Bratislava and later Slovan Bratislava once played, on the other hand, the indoor sports halls in the area should be preserved. The concept also counts on the completion of the public space around Kuchajda, it was even talked about as "the largest park in Bratislava". J&T Real Estate could be behind the project, urbanism is the result of an older competition in which the Compass office prevailed among several studios. Development depends on the change of the Spatial Plan.

Further changes could affect areas "behind the track" (as seen from the center), where production facilities are still preserved. The Za Stanicou development, associated with Israeli capital, is particularly well known. For some time now, there has been talk of a change of owner and an issued zoning decision. If this project were to be significantly modified, it would probably be good news. The existing information and visualizations have a very unconvincing impression and it would be a relatively large burden for the site. The project deserves better architecture, solutions for materials and public space.

Last but not least, the question is the fate of the grassy area between the Nové Mesto Railway Station and Lakeside Park 02. The original concept of the project envisaged a series of four towers, which will gradually decrease towards the station. However, this is long gone. The corridors contain information about the possibility of creating a residential block, which would partially fill the space in front of the office building, so the main entrance would be located in an open courtyard. Large developers were to be interested in the project. However, the owner of the land today is Wood & Company.

In any case, this part of the city is waiting for change. The combination of transport accessibility to the city center thanks to the tram line, the attractiveness of Kuchajda, the high demand for housing and the presence of large, poorly used areas is a stimulus for transformation. With the gradual filling of the plots closer to the center, the pressure to modify the Spatial Plan will increase. This should open a debate in advance on the possible values ​​of the territory, its potential and the possibilities of its future functioning and appearance.

From the surroundings of Kuchajda, an attractive and modern district (not modernist) could emerge, spread around an attractive public space with lots of greenery and water, with workplaces and new housing, sports grounds and a large volume of services in the shopping center. The interest of developers is growing every year. This is an incentive for the authorities not to repeat the traditional Bratislava scenario and not to try to improve the site for the transformation of the territory, but on the contrary to prevent it.

Bratislava and Prague continue to prosper. How to seduce their success?

An anticovid building was built in Bratislava