Klingerka II and III are moving in the permit

In these weeks and months, the developer J&T Real Estate is completing the construction of the multifunctional Klingerka complex, but is also making progress in preparing for the construction of its continuation. Klingerka II and III, which will fill the area after the former Gumon factory, received positive binding opinions from the City Hall. In the optimistic case, the development could be implemented as early as the beginning of 2023.

Klingerka II and III will be a huge ensemble, consisting of a series of multifunctional apartment buildings along Košická Street, civic amenities along the Plátenícká and administrative towers on the corner of Košická and Přístavná. The development includes several high-rise buildings, with the tallest office tower supposed to be 141 meters high, which safely makes it the second tallest building in Bratislava. The design included the creation of public spaces in the courtyard, the calming of Plátenícká, the extension of Valchárská to Košická or the reconstruction of Košická so that a tram line could be created here.

The project consists of two stages, both of which are assessed at the same time. The plan is undergoing an environmental impact assessment (EIA) and the developer has already submitted it to the City Hall, where compliance with the Spatial Plan is being examined. The city has now, after a few months, issued binding opinions (II. And III.) For both stages. According to the City Hall, both parts of the project are in line with the ÚP, which is an important green light for advancing to the next stages of permitting.

Further steps are now in the competence of the building office in the Ružinov district. Here, JTRE will apply for a zoning decision and a building permit. With such a large-scale project, it will not be such a quick process, but it is also not a location where the construction of a large project would be controversial. The expected construction start date - March 2023 - could thus be realistic. 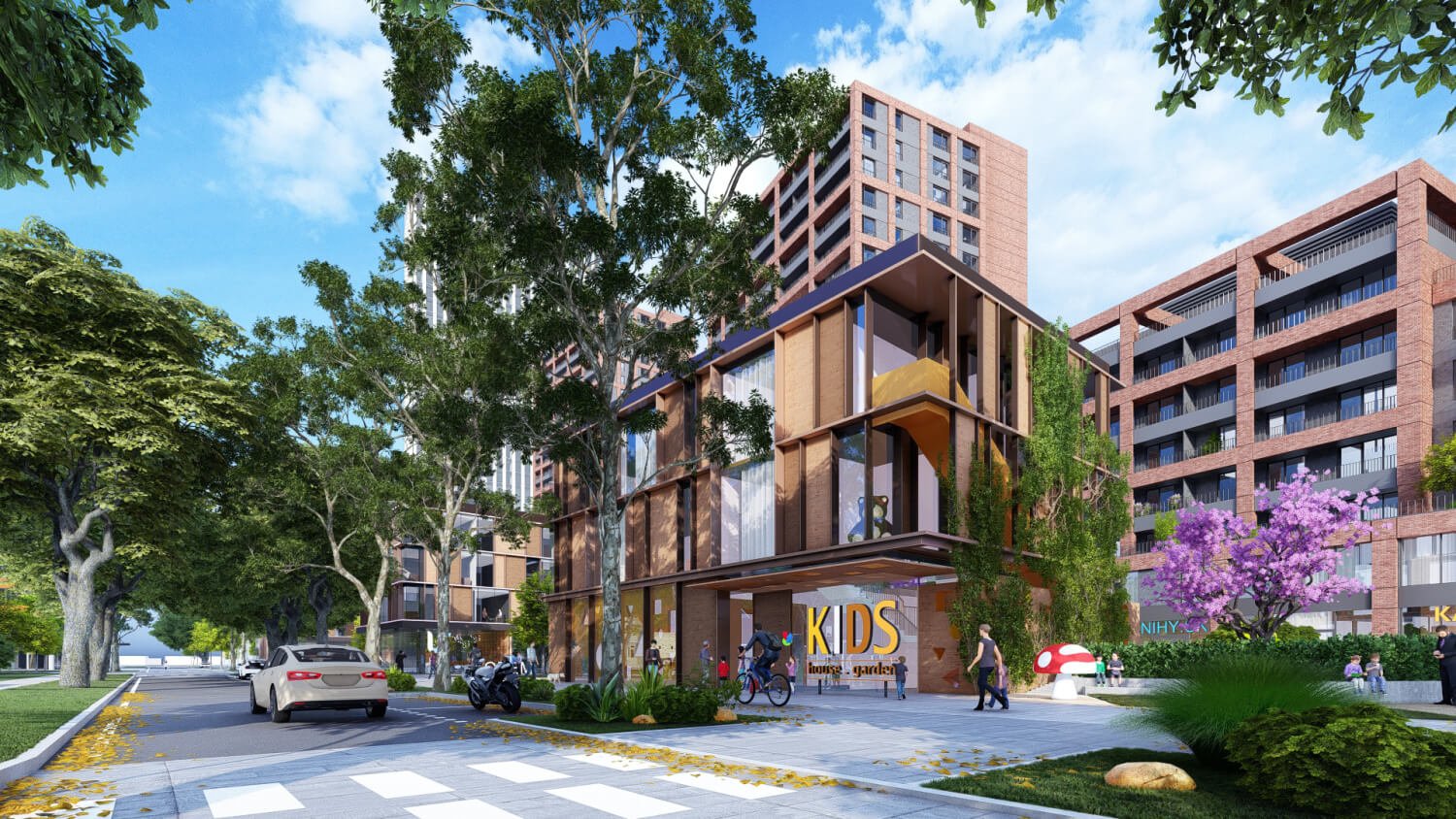 The details of the binding positions again provide a somewhat more detailed look at the continued development of the Klingerka. The individual stages are divided by the extended Valchárská, with Klingerka II to the north and Klingerka III to the south. The second stage can be described as more intimate, as the development gradually grades towards the corner of Košice and Přístavná. In the foreseeable future, it could be a place of high concentration of high-rise buildings.

Klingerka II will consist of six main buildings. Building 01 is a sixteen-storey multifunctional apartment building on the corner of Košice and Mlynské nívy with 120 apartments, offices on the second floor, facilities on the first and a three-storey underground garage, which will also serve other parts of Klingerka II.

Buildings 02 and 03 will be located along Košice. The first of these will have eight floors in the middle section and six in the outermost sections, with a total of 28 apartments located in the middle from the third floor. There will be civic amenities in the outer sections and on the first two floors. Building 03 will have nineteen floors, a height of 67.7 meters and will contain 158 apartments. Shops and services will be on the first floor, on the second will be offices.

A total of 306 flats will be located in Klingerke II. 717 parking spaces will also be built, of which 653 spaces will be used for Klingerka II (the rest will be in favor of Klingerka III). Entrances and exits will be located on Mlynské nivy and Valchárská street. The developer also undertook to build infrastructure for cyclists, specifically to the cycle route on Plátenícká and partly on Mlynské nivy.

Klingerka III develops the concept of the second stage, while also consists of six main buildings. The first two buildings are facing Košice, buildings 03 and 04 towards Plátenícká. Building 05 is an office tower, building 06 is a pavilion on the corner of Plátenícká and Přístavná streets.

Building 01 is a multifunctional apartment building consisting of a lower six-storey and a higher eight-storey section. There will be 30 apartments. The ground floor is made up of shops and services, on the second floor there will be offices. As in the first stage, the construction includes a three-storey underground garage, which also serves other buildings. Building 02 will have up to twenty-seven floors, reaching a total height of up to 89.6 meters. 210 apartments will be located on the third to the twenty-sixth (the highest will be technological), the first two floors will belong to traditional civic amenities and offices.

Building 03 will serve as an accommodation facility - a hotel. It will be located in the middle position at Plátenícká and will have seven floors. On the first floor there will be a reception and a restaurant, on the second there will be common areas in addition to the rooms. Building 04 will be built on the corner of Plátenícká and the extended Valchárská, it will have a floor and will contain shops and services on the first floor and offices on higher floors.

Finally, building 05 will consist of a substructure, ie a three-storey underground garage, and the tower itself. It will have thirty-five floors, 141 meters high and will be a clear dominant feature of the entire Klingerka (including the stage currently being completed), but also of this part of the city. It will significantly surpass other local towers, with one exception - Eurovea Tower, which will be even higher with 160 (168) meters. The main entrance will be oriented to Přístavná and Košická, behind which there will be a lobby and civic amenities. On the second floor there will be a canteen, on the third technology, the offices will be from the fourth to the thirty-third floor. Technologies will be placed higher again.

According to the documentation, the building will have a double-skin facade and the recessed floors will be located here - resp. recessed parts of the floor, which according to the visualization will stretch across the tower. It will be partly reminiscent of the New York skyscraper 66 Hudson Boulevard (The Spiral), which is currently under construction, which is being built in the Hudson Yards district of New York. This will be an important addition to the Bratislava skyline, as the "Walls 115" will be disrupted, as is the nickname of a series of similarly tall towers in the new city center. For long-distance views, a monolithic wall with low visual quality is created.

Klingerka III will add 240 flats and 1,068 parking spaces to the development. The office tower should contain 31 thousand square meters of office space. The developer plans to invest 161 million euros in this part of the set, which will be added to another 89 million for the second stage. The comments of the Municipality are largely identical, the only difference being the requirement for a stronger reminder of the original defunct factory.

The National Cultural and Congress Center is a little closer to reality. So far only in the study

The expansion of Bratislava's Eurovea is in full swing. The skyscraper reached 18 floors

The first stage of Petržalka City has a binding opinion from the city. Its storey will be lower