What did the office space market look like in the fourth quarter?

Bratislava Research Forum publishes its results of the office space market for the 4th quarter of 2021.

In the fourth quarter of 2021, the total supply of office space in Bratislava reached 1.994 million m2. As much as 65 percent of this offer continues to be standard A office space and 35 percent is standard B office space.

In terms of ownership structure, as in the previous quarter, about four percent of the buildings are state-owned and another thirteen percent are buildings that are owned and fully occupied by the same entity. Total inventories for commercial use remain at 83 percent of the total modern office space in Bratislava (1.67 million m2).

Distribution of buildings based on occupancy by their owners. | Source: BRF

Of the certified stock, 62 percent have a BREEAM, 5 percent a BREEAM / WELL GOLD combination and 33 percent have a LEED certificate. Only the Twin City Tower has the highest BREEAM Outstanding rating, and in the case of LEED Platinum, it is the Digital Park I-III and Ein Park Offices buildings.

Lease transactions reached an area of ​​less than 98,000 m2 in the fourth quarter of 2021, a 124 percent increase over the previous quarter. In a year-on-year comparison, the number of leased space increased by 50 percent, which declares a significant market recovery. In 2021, the historically highest number of square meters of leased space was recorded.

New rents accounted for 54 percent and renegotiations for 37 percent. Pre-leases were at the level of 8 percent, the rest were expansions of existing leases. The size was dominated by public sector transactions with the largest transaction with an area of ​​21,500 m2, but also by the IT transaction. A total of a record 24 transactions over 1,000 m2 were recorded. 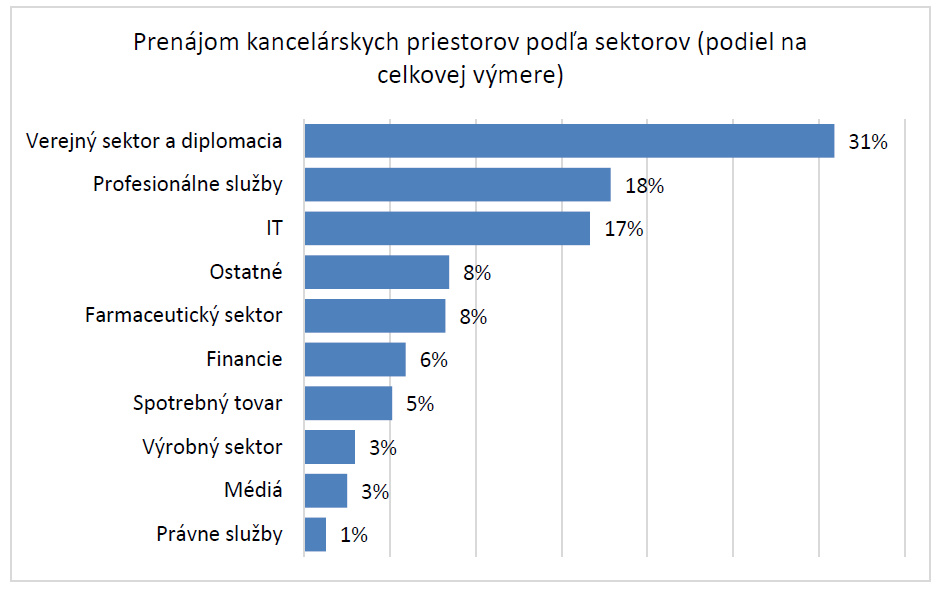