Sky Park has entered the second phase. The second office building will be different

SKY PARK is located in the former industrial zone, in the developing Bratislava "downtowne" and in two phases will bring a total of six high-rise buildings to the Bratislava real estate market.

At the end of last year, the first stage of the monitored SKY PARK project was completed, which was one of the largest investments in building construction in the Slovak Republic. The first phase included the construction of three thirty-storey residential towers, the SKY PARK Offices office building, as well as the reconstruction of the historic building of the Jurkovič Heating Plant, which is a national cultural monument.

What are the next steps?

The three residential towers brought to the market more than 700 flats, 1,100 new parking spaces in the underground of the project and 2,000 m2 of areas intended for civic amenities. After obtaining building permits, the first phase of the project was officially launched in early December 2016 and was completed in 2020.

The residential part of the project will also include a fourth tower with the same parameters as the previous three. Its construction began this spring. In 2020, the SKY PARK Offices office building from the Vietzke & Borstelmann Architekten workshop was also completed. It offers for rent more than 31,000 m2 of office space of the highest standard.

In the historic building of the Jurkovič heating plant, which was approved in August, there will be gastronomic establishments, a gallery and an event space intended for public events. The upper floors will be dedicated to flexible BASE offices.

"In the second stage, we plan to build a high-rise office building SKY PARK Tower, which also comes from the workshop of Zaha Hadid Architects," explains Juraj Nevolník, executive director of Penta Real Estate Slovakia. "The start of construction is planned for the course of 2021. With its height of almost 120 meters and its unique design, the tower has the ambition to become the dominant feature of the capital."

The SKY PARK Offices office building has 18 floors, 31,000 m2 of leasable area, of which more than 1,200 m2 is intended for small commercial operations. There are almost 600 parking spaces and 90 bicycle spaces in the building. The building also meets the requirements for sustainability in accordance with the LEED Gold certificate as well as the requirements for a healthy working environment of the WELL Gold certification.

The offices also include flexible and functional workspaces of the highest level. The construction of SKY PARK Offices began in May 2018, the approval decision came into force in January 2021. The building consists of two parts, the upper 19-storey and the lower 8-storey. On the level of the third floor there is a residential terrace with greenery accessible to all tenants, the terrace will also be created on the roof of the lower part of the complex.

It has connections to all key elements of civic amenities. The advantage for people working in SKY PARK Offices is also the outdoor green terrace or entrance lobby, in which there is a cafe and lounge area suitable for informal meetings. The author of the building is the German architectural studio Vietzke & Borstelmann Architekten (detached people from the studio Zaha Hadid Architects).

The building uses state-of-the-art technology on a pan-European scale and meets the demanding requirements for premium office buildings. It provides employees with above-standard comfort and everyday tasks, and smart technologies controlled via a mobile application make it easier for them to stay in it.

The connection of the office and residential part of the project, supplemented by shops and services, also creates an exceptional multifunctional micro-locality, which shifts the standard of real estate development in Bratislava. 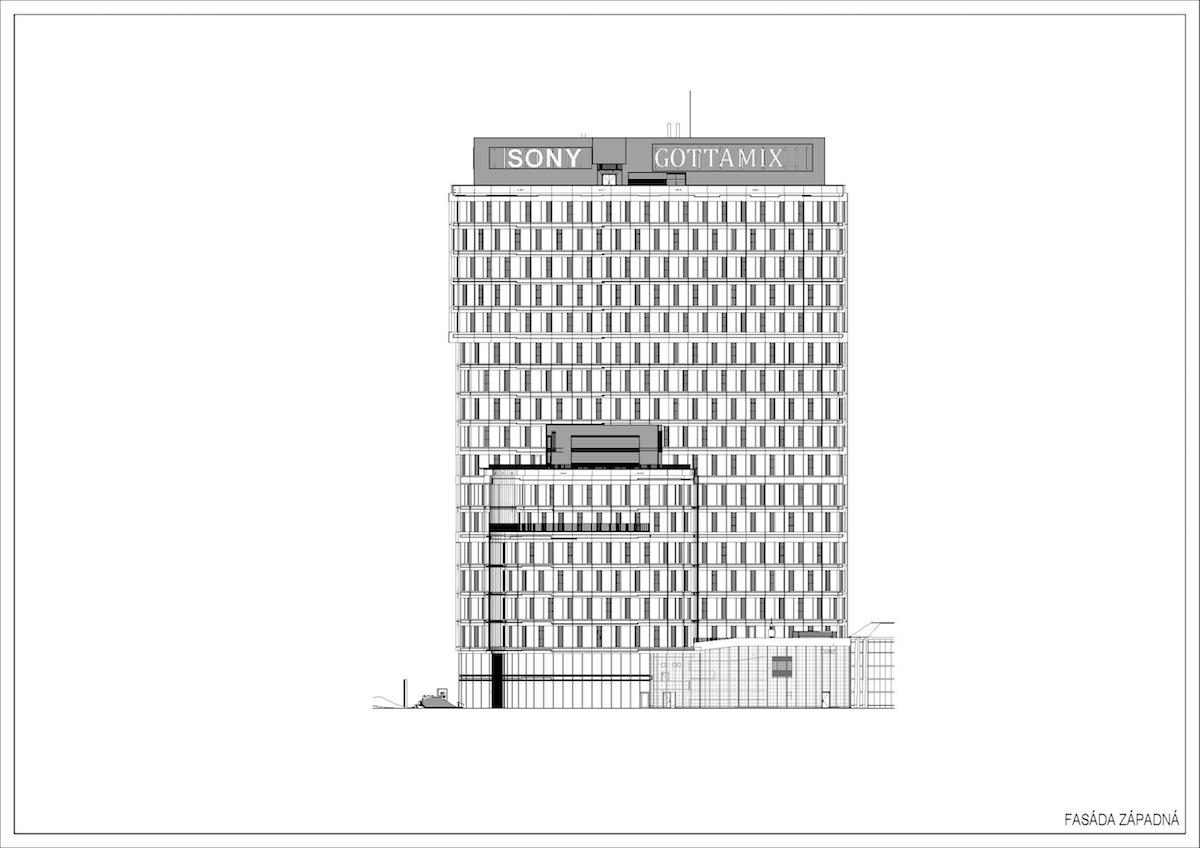 Health protection during a pandemic

The SKY PARK Offices building thinks about the safety of protecting the health of employees and visitors even during a pandemic. This is mainly due to sophisticated solutions and applied technologies.

These include, for example, air recuperation through state-of-the-art filters meeting the quality of the WELL certificate, CO2 meters in meeting rooms with an automatic fresh air supply regulator or available germicidal lamps for virus destruction. Entrance to the building and elevators is also possible without contact through the so-called virtual key.

The story of Jurkovič's heating plant began to be written in the years 1941 - 1942 as the story of a turbogenerator with additional modifications after the bombing in 1944. At the end of the 20th century the operation was reduced and in 2008 the boiler room sanitized.

This is what the initial state of the monument looked like, which became the basis for the announcement of the architectural competition. The design implemented today came out victorious. The design of the reconstruction of the monument was prepared by the architectural studio PAMARCH, which carried out the restoration of the facade. The well-known architect Martin Paško and the DF CREATIVE GROUP team are responsible for the concept and architecture of the reconstruction of the interior heating plant.

The interior is dominated by steel structures with black paint and an aluminum glazed facade insert. The most interesting parts of the heating plant include the entrance hall and the restaurant with a view across all floors to the skylight in the roof. 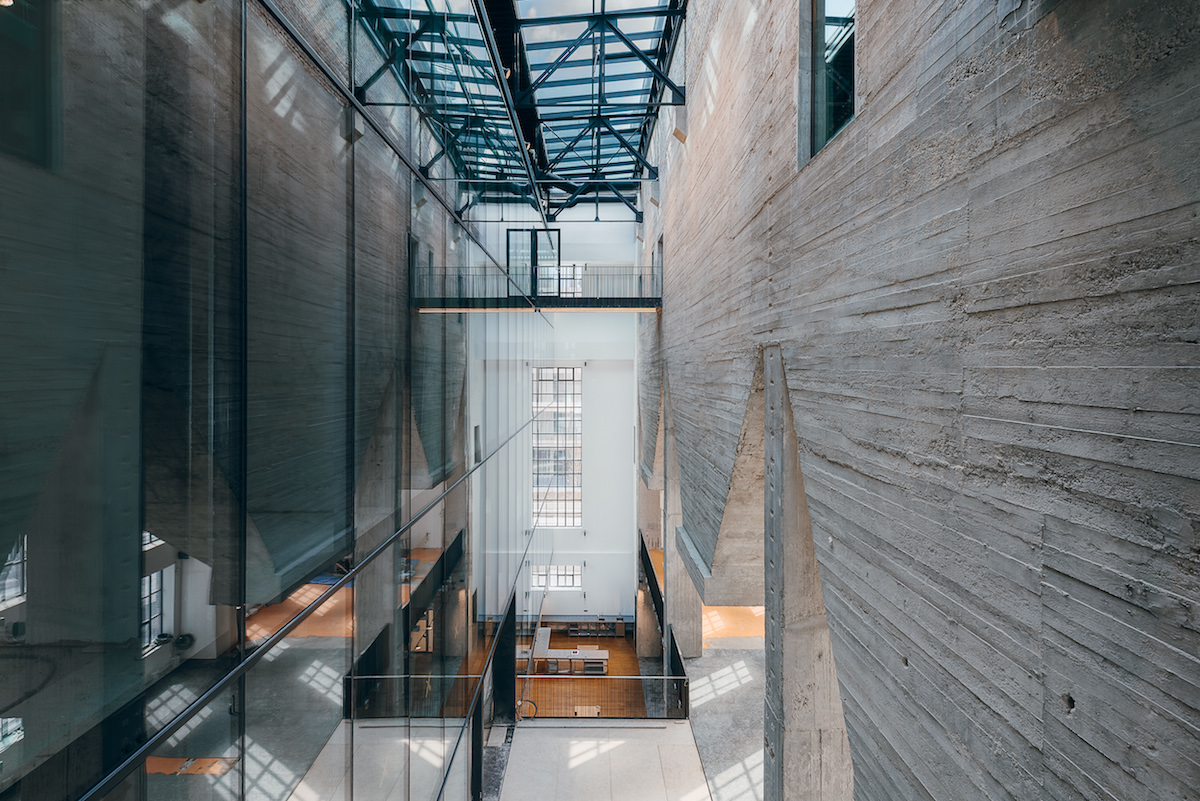 The proposed solution of interior adaptation is primarily inspired by the history and genius of the Jurkovič heating plant. "In the building, we tried to create a unique atmosphere, which already has the original preserved pure brick facade from the outside," says Ing. arch. Martin Paško.

"We wanted to create an exceptional place and draw every passer-by inside, attract him and offer him something original and unique upon arrival, the best views and vistas, to offer every visitor an unforgettable experience. All this while strictly adhering to the main principle, truthfulness ‘, that is, distinguishing the original constructions from the new ones.”

Bratislava's Jurkovič heating plant will have a restart in August: a place for offices and the community

Streetart in Bratislava: The facade of Bezák's house tells the story of Apollo and Sky Park

Penta presented the multifunctional complex Medze in Dúbravka. It will have three zones

Office in the shopping mall? Take a look at the offers in Bratislava